A couple of days ago (May 14, 2022) a little kid, only 18 years, allegedly walked into a grocery-store in Buffalo New York, and apparently slaughtered a bunch of "African Americans." For well over a decade, most people know (I suppose) that massacres have been the primary news stories to be broadcasted on the Major Government-Run News Networks (Fox / CNN / MSNBC). I am not a man who likes to invent stories, and I'm not going to do that with this massacre either. I can say, that deep down in my heart, it isn't a lie to refuse to believe what the news-networks have been promoting about these massacres. I am not telling a lie, or promoting a theory that isn't based on facts when I say "I don't believe this bullshit." I'm not offering you a version of the facts that I believe really deeply. I'm not telling you that I know what actually happened.

I am saying that I simply do not believe much that is repeated by "The Narratives" on television - and "the facts" about the streak of massacres that has lasted about 15 years is one of them.


I know I am being hypno-programmed. I know that I have met countless people in Dallas whose psychological-state makes it painfully-obvious (obvious enough to me) that they/them also have biological-electric implants inside their bodies.

Let's slow down for a minute, these televised mass-shootings have been occurring for over 15 years! Now, I've written a lot about how violent the 1980's and 1990's were (when I was a kid). Whatever the Government Sponsored News Networks are mentioning, if it is anything about the 1980's - mostly the talking-heads-for-money on TV are saying what they are saying because of the money they receive - and not because of any deep-seated understanding of morality or "right and wrong."  The money and the power is what drives the Associated Press. People who report for them, or act sympathetic to them are doing so because of the fear of what would happen if they were blacklisted or ostracized by the people in command in America. Yes, in the early 1990's, there were several massacres in Boston, Massachusetts. Nobody ever mentions those massacres when they talk about the Reagan, Bush or Clinton Presidential Administrations. Nobody! I do, but I don't take any money from The Department of Mind Control, other than my measly government welfare check.

The types of questions that people really should be asking are where are all of these dead bodies that have resulted from these massacres? Sitting, here, in North Dallas in an E-Z Chair on the financial black-lists of every kind, I don't have the man-power or resources to do any fact-finding investigative journalism about all of these shootings. I cannot, but I really would be demanding answers on what was going on with the lives of these shooters, and what the result of these shootings were! There is an "Alternative News" Internet Personality named "Alex Jones." He is a broadcaster whom I have never watched for more than a few hours each calendar year. To me, the types of broadcasts that he gives are more rambling and chock-full of disinformation than Anderson Cooper, Don Lemon or Sean Hannity. However, he is (from what I have seen being forced to watch this trash on TV) ... he is the only national personality to have ever questioned whether these massacres are real, or whether they are staged by the government! He's the only one.

But what's the reality? If these were staged, why do something so hideous to the American People? Rape is the answer. If these massacres are, in fact, fake and there weren't 10 dead bodies laying inside that grocery store, it is because countless thousands of people are being raped by Biological-Electronic Weapons. This part is the easy part for me - explaining the reasons why. I am not here to prove to you that nobody died in that "Tops Grocery Store" - because there is no way I could. I don't even necessarily believe nobody was shot in Buffalo, New York. You know what the truth is? I have absolutely no idea what to believe about it all - except for the reasons why!

The people who work for "The Department," more than anything else, like a population and a citizenry that has been dumbed down, and made stupid.


When you can make people scared of the government, the news, law enforcement and even television in general, our people and our population have a much more difficult time conversing with each-other about life. When you can scare a population, you have a much easier time barking orders at the slaves that you own.  How can a slave argue with his master when half the fucking time he doesn't even understand what he is saying.


And if he were being hypno-programmed, and the United States Government literally had terrorized a poor 18 year old child to commit such a massacre - then this radicalized upstart system would have to come tumbling down. These phony journalist and blind-and-ignorant police forces would have to answer to the American People, and to the People of the Earth.

And here comes the glorified garbage men (the police) to save the day: 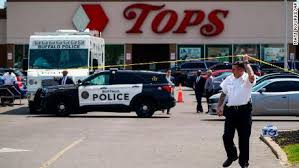 And for all of "Alex Jones" bluff-and-bluster, the one thing he'll never mention are the Biological-Electrical Implants ruining tens of thousands - millions - of lives. His show is literally called "Info-Wars" and the title is "There's a War on for you Mind." But you know he'll never mention a thing about how the authoritarianism is trying to control your mind.

I was being hypno-programmed to think about this massacre several times an hour every day since this occurred! That is the real atrocity!