In 2019 - Hanging Chiefs of Police IMMEDIATELY for sexual assault - Why "Internet Security" must be stopped at any cost.

What is the point?  The point is, likely, if you are reading this it is because you have been implanted with electrodes that are used for manipulation and control of the people in and around most urban (and even rural) areas in North America.  Last year, hopefully the reader picked up on the fact that the greatest "value" that a man who would hypno-program another man - from his or her perspective - is that he gets to control a slave and thereby is afforded a place among "the ultra-protected class."  Sure, it is neat to be able to sit behind computers that are busy monitoring surveillance cameras, banking networks, and drug-distribution channels.  However, the greatest value to becoming a master in human trafficking, rather than a slave, is that you are capable of protecting yourself - and therefore "living above the law."  I mean, if I owned a slave, and worked for an office tower which trafficks human beings like they were pigs or cattle - the only guarantee is that I myself cannot be injured, my personal data about my life could never be compromised, my banking records are kept private, and my life history - even my name is itself is somewhat irrelevant.

These people need to pay with their forces, their careers, their funding, their hardware - AND THEIR LIVES.

The primary reason to continue to shine a light on the atrocity that exists in American Universities - and particularly in Cambridge Massachusetts - is for more reason than one.  Before all else, the violence that the Crime Syndicate known as "The Associate Press" has portrayed in the past 12 years is even more incomprehensible than what was shown during the George W. Bush Administration of 2000 - 2008.  During the Barrack Obama years, most major news-outlets were flooded - inundated if you will - with a constant barrage of news about lunatics walking into school and Universities ("school shooters") and killing large numbers of innocent kids studying.  I know all about the "conspiracy theories" that are routinely portrayed on the Internet and on the television.  The only purpose that the phrase "conspiracy theory" serves is to make the listener or the reader of the news outlet think that the "mainstream outlets for news" are actually very legitimate, and anybody who would dare stray from the (wolf) pack is going to be publicly condemned in front of hundreds of thousands (if not millions) of TV and Internet readers and viewers.

I don't have much of an "alternative theory" for why these school shooters have continually been shown to the people - I cannot provide you with: names, dates, evidence, witnesses, photographs, etc.  These are the kinds of things that an honest court of law would demand before taking seriously a complaint against an accused man. However, what I know with all my heart are these facts:


So what is going on?  To me, it really is that impossible to explain since such large amounts of unrelated facts from the television are so loud that people cannot comprehend the points that they are making.

Sexual Assault - to me - is the following: 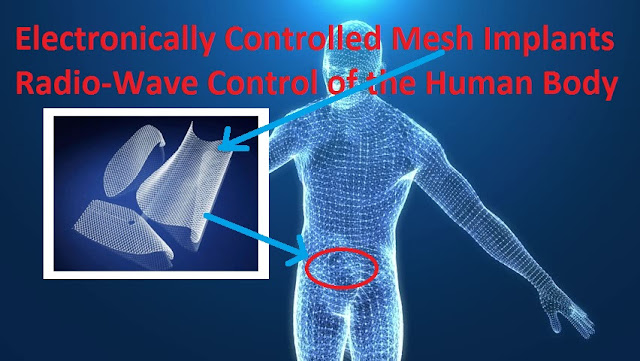 They didn't stop their though. I have tried to discuss the "Radio-TV in my brain" in quite a number of posts. These are the types of attacks on the population at large that can only occur through complicated computer programs that are broadcast through the Radio-Wave Spectrum (like "the wifi"). I have had electrodes implanted into my body since I was an undergraduate student at the Massachusetts Institute of Technology. The problem is so gigantic, to me, that I even explaining a word of this starts to cause my brain to suffer. First, as I have said, no one in the world would consent to such an atrocity - nobody, and certainly not me. Second, because this type of modern-day slavery could only occur with large amounts of support from Internet-Connected Computers, places like the Massachusetts Institute of Technology among other technological universities bear an extremely high amount of responsibility to make sure that the next-generation of leaders are informed in the disciples which they claim to have mastered in a study like "Course 6 - Electrical Engineering and Computer Science" at M.I.T. Are they being educated about the horrors that "Starbucks Slaves" are routinely put through in their lives today? No, not a single word of this is mentioned in the current course syllabus that the institute offers.

Fighting "the powers that be" must start with some amount of knowledge about not only who they are, but also where they are. The hardest part of all is that the ability to "bypass all traditional forms of checks on power" was totally destroyed during the drug-wars of the 1980's and early 1990's. A solid university education, financial oversight, political oversight, community involvement from concerned families - in stark opposition to radicalized police outfits - were ALL uprooted so totally during those years as large segments of the American Population were exterminated with wave after wave of drug-fueled military aggression. So where are they today? They don't occupy offices in "Technology (Tech) Square" (See Wiki: Technology Square) - but these radicalized forces certaintly have access to the student body in places like: UTD, Harvard, M.I.T. - and even Brookhaven Community College in Farmer's Branch, Texas.

FIGHT THEM, FIGHT THE POWERS OF SEXUAL-WARFARE & PSYCHOLOGICAL WARFARE - and "Human Abduction" and "Human Trafficking"

FIGHT POLICE DEPARTMENTS WITH EVERYTHING YOU HAVE. THIS IS RAPE.