Year 1999, Wall Street, New York City, 1 - triple-zero - 5 (10005) was my zip code.  In 1999 I turned 24 years old.  I had had "a Master" for quite a number of years who could control elements of my behavior using chips surgically implanted in my eyeballs.  The means that were used were very experimental in 1999, but are highly mainstream in many parts of the United States today!   Many of the people in my M.I.T. fraternity had been electrically implanted by these "rouge" leftist guerrilla radicals that were running the north-eastern American States - with an Iron Fist.  I had matriculated (enrolled, began classes) to the Massachusetts Institute of Technology in the fall of 1993.  I had some of the highest test scores in North Texas and received a perfect "5" on every Advanced Placement College Board Exam I took - every one except A.P. Economics.  I got a "4" (out of 5) on that one.  I have already written about fleeing to China (Republic of China, Taiwan - 台灣，中華民國).  I was brought back to the United States with a gun against my back, and a heck of a lot of drugs in my body put their by an American Regime of Murderers.

But I did return from China, against my will, and did complete my studies at the Massachusetts Institute of Technology.  As an undergraduate, I remember jogging a lot.  In the 1960's in the United States (particularly the North-East where the American Government has it's base of power centered) - there were many reported cases of "mind-control experiments" or "MKULTRA" experiments among residents or inhabitants there.  That was the 1960's.  The U.S. Army had "won a war" (WWII - World War II) and spent almost 3 decades perfecting some highly-destructive weapons of mass destruction.  In the 1960's, The United States Air Force had increased the speed that a fighter plane can fly from 250 miles per hour up to Mach 2, 3 or even 4 (1,000 - 2,000 - 3,000 miles per hour).  Mach 1 is 760 miles per hour - and often called "the speed of sound."  The achievements by the U.S. Military in the 1960's are tremendously dimmed by the radicalized amounts of "collateral damage" in human life - especially American Lives which were eventually lost in places like Dallas Texas, and other "old" parts of American, for instance Boston. 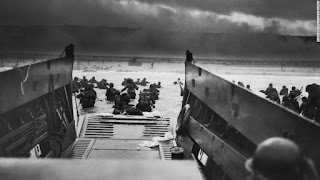 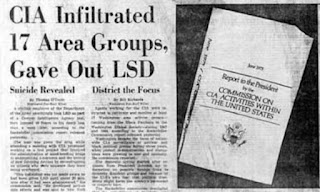 I bring up the military because their was a motivation behind the MKULTRA human-rights abuses of the 1960's.  The United States, in 1945, as we all should know, defeated Adolf Hitler and the NAZI party in Europe - and celebrated it's victory and embarked on a path of militarization and military fire-power research that largely dominated terrorist states like Virginia and North Caroline up until 1990 or 1995.  The advancement of an F-15 Fighter Jet is that it can travel 1,500 miles per hour (or something like that).  This means that protracted - extended warfare over places like the Pacific Ocean is not very likely.  When a plane can travel 1,500 miles per hour, it becomes very easy to sink other ships.  An imperial Japanese Navy in any of the world's oceans would not last more than a week before the U.S. Air Force would destroy the entire thing; but in 1945 war had raged for almost have a decade.  This means that "world war over the Pacific Ocean" - like happened in the years 1941 - 1945 cannot really happen a second time.  This is a minor accomplishment made by the U.S. Military, but, obviously there is only Japanese Islands in the world.  Since they were defeated in the 1940's, they never really made a comeback, and world war over the Pacific Ocean has not taken place since the 1940's.  Technology when applied to military and war can be a benefit in keeping a society safe from invaders - but that advantage is not always so useful in times of peace.  For instance, since there is no war, keeping F-15's running means "trigger happy soldiers" on U.S. Air Force bases.  This is how the 1990 gulf-war began - the trigger-happy, over-subscribed, over-populated United States Air Force, and United States Navy.  As you should know tens of thousands of innocent Iraqi's were senselessly slaughtered - literally for no reason whatsoever - in 1990 and 1991 simply because the United States Air Force had too many F-15's and too many trigger-happy air-men on its payroll. 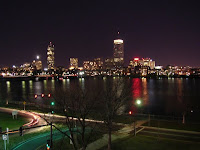 But that is just some background information about living on the East Coast in the 1990's.  I was 18 years old in 1993, and began my electrical engineering and computer science degree at M.I.T. because I had a lot of ideas about broadcasting and television, and even more ideas about computer programming.  Unfortunately, Cambridge Massachusetts was a hopelessly violent place and I tried to leave, move to China, and renounce my citizenship in this "blood-drenched tyrannical" country - the U.S.A.  In 1995, 1996, and 1997 I did my Sophomore, Junior and Senior years at college.  While I was there I remember spending a lot of time exercising.  In Boston, there is a River called the Charles River.  Delta Kappa Epsilon is probably America's most famous fraternities - and the M.I.T. Chapter is situated right on the Charles River and I had a window that permitted me to see (what used to be famously called, but no longer is) "The Citgo Sign."  The Citgo sign is over the Boston Red Sox Stadium, and "The River" was right in front of my Window.

So I have "a Master" now, just like I did 20 years ago.  The United States Government began a policy of surgically implanting speakers into our ears, for instance, to force us to listen to them when they talk.  The great insult, of course, is calling these people "government."  When you hear stories about people like "Whitey Bulger" and wonder how places like Boston were "once ruled by criminal underworlds" - but today are now peace-loving and free places, you are being sold a total lie.  Gangsters like Whitey Bulger worked for the Boston Police Department.  In face, the only reason anybody has ever heard who this man ever was - is precisely because he was one of Boston Law Enforcement's most famous undercover employees.  He was also an employee of the United States Armed Services - an air force cadet when he was very young.  Recently (yesterday) there was another fake-news story about Mont-senior Bulger - this time saying he has just been killed in prison.  I don't particularly believe (or disbelieve) anything from television or televised news broadcasts much.  When I see the mugshot of gangster Whitey Bulger, I just get sad thinking about all the people who have been murdered by police in my life-time, and know that "being a tough-guy" is what being a soldier or a police officer is all about.  The cardinal rule of government vis-a-vis police and their employees is to keep their numbers low ("reduce the ranks!"), such that the power police departments wield in society does not "spill-over into terrorism" (like it did in the 1980's and 1990's).  A good local politician probably ought not even be friends with the Chief of Police, for fear of him using Police Officers as Hitmen and Gangsters - something Mr. Bulger probably did quite a few times since his brother was a Congressman with the Massachusetts Congress.

But in 1999 I was working on Wall Street at the most prestigious of American Banks (practically the founder of Wall Street) J.P. Morgan and Company.  I had a Wall Street Office, and a Wall Street Apartment.  I had spent three years at M.I.T. playing guitar as a hobby, learning Chinese for my minor or "liberal arts concentration" jogging around the Charles River - and of course working on electrical engineering and computer programming homework assignments.  I also used to lay in bed at night listening to the broadcasts for the TV that was surgically implanted inside my body.  My mother and father had purchase property in my name when I was young.  M.I.T. had started enforcing tuition payments (something it hadn't always done in the 1980's) - and I was expected to pay something on the order of $30,000 per year.  An extremely expensive piece of real estate from California was sold to pay for all of this - and I was running around with electrodes in my penis and my a telephone jack hooked directly up to my brain courtesy of the "Federal Security Forces" in and around Boston Massachusetts.  I would like a law suit - and I would sue the institute for millions upon millions of dollars for this.  As I have said, the United States Government has gone quite "mainstream" with mind-control and electronic surgically implanted control mechanisms for "American Citizens."  Many people are forced to remain at Starbucks, Walmart and McDonalds - slaving away at or near minimum wage with electronic implants ordering them to stay right where they are - implanted slaves - for years and years on end!  What rights do we have in this country?  Why does Donald Trump go on and on about millions of people spilling over our border just to enjoy a better life here?  The answer: he is lying.  They aren't coming here much - nothing like the waves of immigrants who used to show up in the USA in the 1950's, 1960's ... and even the 1980's....

But this post is supposed to be about torture.  This is supposed to be about acts of torture conducted on US soil - on American Citizens - and specifically and precisely on places like Wall Street.  I lived in Apartment 1821 of 45 Wall Street in 1999 and 2000.  I was tortured by electrical implants in my body.  I remember it like it was yesterday.  There is no way I could ever forget these acts.  If you are reading this, and have ever asked the question why America's press-corps and news-outlets are so loud, stupid, proud, and mind-numbing-ly redundant.... The answer is that they don't want to talk about the actions that our government forces, our government agents, or our police and military officers have done to the population since the early years of the Ronald Reagan Administration.  Since the early 1980's when actual US Active Duty Soldiers actually started to fire on American Citizens, acts of atrocity by those in power to ensure that they stay in power and prevent people from ever attaining it - in a word - keeping themselves safe by hurting the population - became so frequent and so common, that most news outlets in this country have become totally useless.

So, in order to describe what "sleep deprivation" actually feels like - if you have been implanted, perhaps they (your master, you the person reading this) will be kept up all night listening to idiotic and useless points raised by Sean Hannity in his nightly news broadcast.  Perhaps you will sit there in your bed all night wondering about useless facts devoid of any pertinence to your life of American History.  I, myself, was deprived of sleep so often when I was 24 years old "working on Wall Street" - that the Bio-Warfare torture (terror) crew literally cleared out my entire office floor of office space just because of the screams I would make while sitting in my chair at work on any given day of the week.

When people try to talk about the "stock market" in New York - what you should do first, and foremost, is put your fist in a clench, reach back as far as you can, and hit them in the mouth as hard as possible to prevent them from ever using such words again ("stock market").  There is no legitimate stock-market on Wall Street, and the accomplishments that were achieved by much greater man almost 75 years ago - men who literally built the City of New York up and out of third-world squalor into first-world sky-scraper-laden office-space on the 80th, 90th and 100th floor.

Yes, chips implanted into the human body are capable of:

Because they - the police and the fetid, rotting U.S. government - do not have these rights...