When a soldier becomes a murderer - you have (had) John McCain, and that's "The American Loser Mentality" they promote 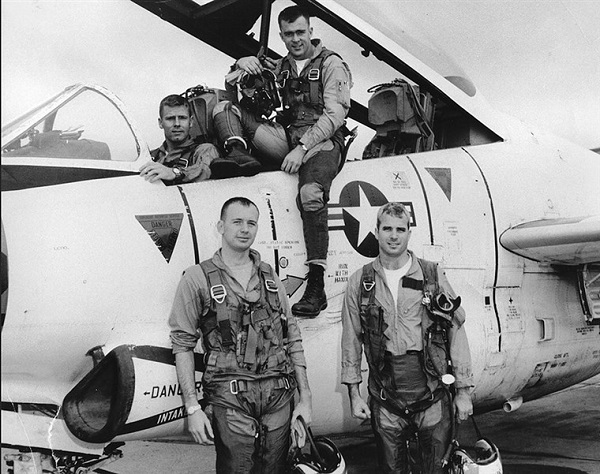 Here are some (probably biased) descriptions of the murderous bombing raids that the (then) United States Air Force conducted in the killing fields of Vietnam almost 50 years ago.  Harboring hatred and animosity for a people can be an extremely debilitating thing for any human being - if possible it should be avoided, but changing things that are immoral, or evil, is also something important.  Bringing down evil men like John McCain is something that Ronald Reagan's Administration itself took as important, and he was indeed made a national spectacle for his crimes against the people.
Most people who had family or parents who lived through the turbulent times of "The American War Years" of 1940 until 1975 had quite a few "different takes" or "different versions" of what the history that was being made by the people - the inhabitants, if you will - of the lower 48 states, plus Alaska and Hawaii.  Most people have been told that "John McCain" was a hero who served is country, but unfortunately, there is no here named John McCain - and there never was.  It was proved time and time again, both by his captors in Vietnam who hated and imprisoned him - and the American Government under Ronald Reagan when he was charged with banking fraud as a member of "The Keating Five."

The "History of the United States" would be a very, very long book indeed.  People in the America's today have all kinds of upbringings having been raised by parents from all walks of life.  For those who have ever respected America's Cultural or Artistic Achievements of the 20th century know very well that the soldiers who fought in wars across the Pacific Ocean did indeed fight those wars over a period of many decades.  What began in earnest in 1940, did not end until 1975, and as "The War Dragged On" - the reasons for fighting stopped seeming honorable.  For anyone who knows 1960's history - knows that people John McCain were denounced as cold blooded and evil killers.

The difference between a soldier and a murderer is not rocket science at all!  Soldiers are people who shoot at other soldiers who have committed acts of atrocity against their people.  Murderers are those who kill, indiscriminately, the lives of all parties involved - the guilty, the innocent, grown men in soldiers uniforms, and little children playing at in their homes.  Thought fighting an imperial and invading Japanese Army, in - say 1942 - was probably a reasonable and just act, the rabid outpouring of violence that engulfed the U.S. Government in the 1960's did nothing that constituted defense of the nation or liberation of an oppressed people.  These bombing raids over Vietnamese villages took the lives of thousands of innocent women and children in their homes where they slept.  These were not attacks on military garrison's - these were attacks on the civilian populations of a nation.  Saying these battles were a "liberation" or "a bringing freedom to oppressed people of Vietnam" is simply not true.  Everybody alive who was right in the head in 1969 knew this.

As well all know, the American Resistance to all of these acts of atrocity of the 1960's was immense:
Why is this?  If "John McCain is so evil" - why is he constantly cited as "an American Hero" on television all day long?  Well, the answer is that injustice is both financially profitable and politically savvy/beneficial to tyranny.  The vast majority of "Americans" (or whatever you want to call this defunct state at this point) in the 1950's, 60's and 70's were not off overseas fighting wars and killing Asiatic People.  It takes a rather in depth knowledge about U.S. History to know, however, what they were doing and why.  Service of this country is not something people today understand at all - and was something in years would be considered a very taboo-to-speak topic.  In the 1960's The United States Military Achieved something that will be thought of as something "quite exuberant" for decades to come.  This, of course, was supersonic air power - which may mundanely call "The F-15."  This, wasn't unfortunately, "service to one's country."  Not by any stretch of the imagination.  For those who lived through "The Hey-Dey" of the United States War Years - they would know that becoming a air-pilot with the United States Pentagon was an extremely lucrative position to hold.  In the hey-dey of the "The American War Years," sure - fighting was risky, and people who fought wars risked their lives - but this was the same as "Russian Roulette" - in that if you didn't die, and you came home back to Virginia where the U.S. Pentagon is situated - very rich and very powerful.  Well... Actually - you came back and became people like John McCain!  These were some of the:
And that's why the Ronald Reagan Administration tried to have him arrested for financial money laundering.

For those who need to know how "America could be so great" with so much turmoil and so much polarization in it's past - there is an extremely easy-to-understand answer.  The vast, vast majority of people in this country wanted nothing to do with Vietnam, and simply had had no involvement with "fighting wars" at all.  Even more importantly, though Woodstock had probably a million people in attendence, here in Texas where I grew up, I would suspect very few of these folk ever attended a Beatles Concert either.  I will try to explain, again, what most American's were involved in of any important in the 1960's. 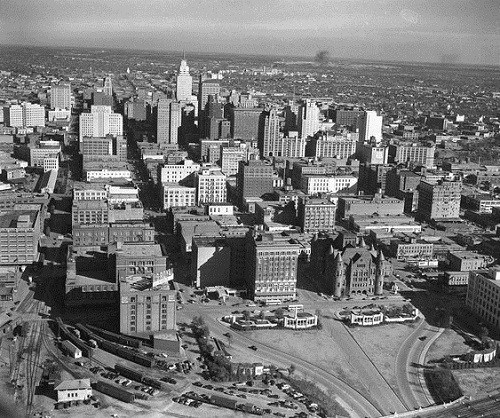 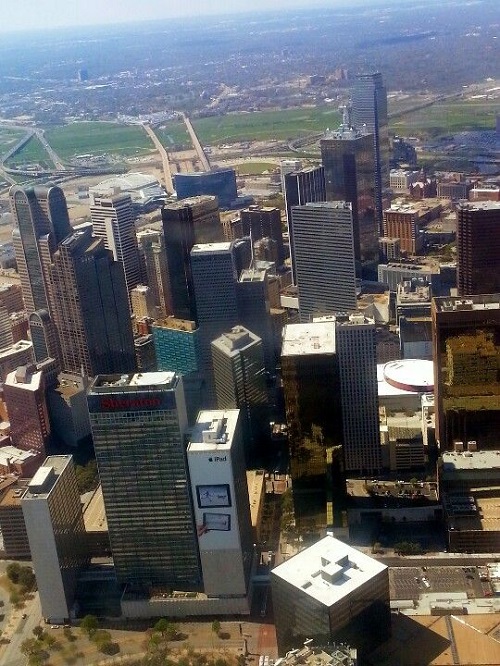 Here is the "age of the construction worker" and his progress.  In 1960 - when John McCain was off killing innocent women and children in Vietnam - "The Good American's" were doing back-breaking work on construction.  This is a "concentric cirlce" map of Dallas Construction Progress.  The City has radiated outwards with "The Edge of Town" having increased by 20-miles-per-decade. 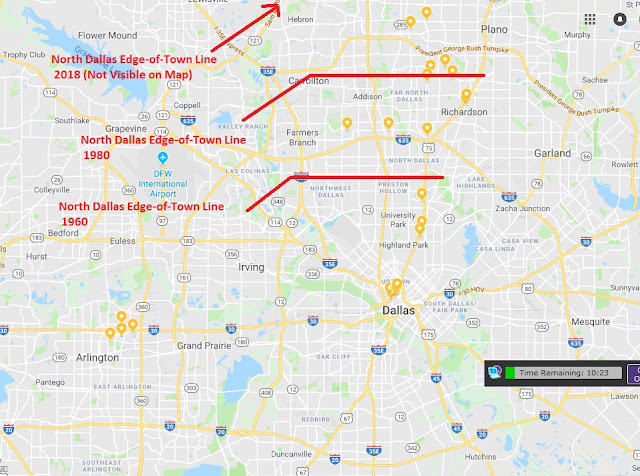 And that is what "The Great American's" really did!  They *did* construction work!  The built new office towers.  They built brand new homes.  Here in Dallas, they built office complexes, strip malls, retails shops and apartment buildings!  They built highways and biways, bus-stops, train-stations and airports.

None of Dallas, Texas 75248 would even be here if it weren't for the 20th century.  Mostly, the great American's did lots and lots and lots of construction and architecture building.  Sure, some "answered the call" in 1941 when the Japanese Invaded.  But the act become so financially lucrative - that although the Japanese surrendered in 1945, going to East Asia to do battles and fight wars continued for 30 years *after* the surrender of the Japanese.

So what is "The American Loser" Mentality - and who is benefiting so disproportionately from it?  The answer is: My Master!  Slave Traffickers!  Sex Traffickers!  The people who control the surveillance cameras, the banking computer software, the undisclosed drug dispensary system software - and of course, the TV surgically implanted in my brain.  When losers, murderers and thieves are all over the TV and all over politics, the real criminals become impossible to track. 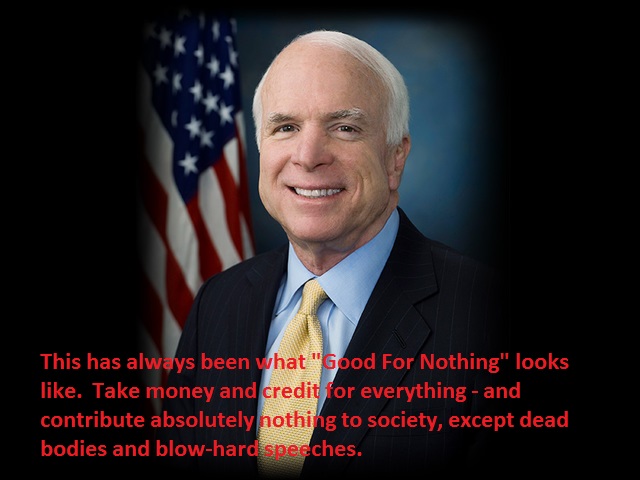