What my eye-socket chip-implants and cochlear implants were broadcasting today.

Note: The following e-mail contains some graphic content.  This content, unfortunately is what the inside of my eye-sockets look like very often.  They often used to say that a picture can say 1,000 words, and perhaps that was true.  The Europeans, during their heights of power, would paint portraits of the royalty in Europe, and two centuries later, after Mr. Eastman and Mr. Kodak started selling small home-use cameras, photography became a common pastime for American Citizens - and especially newspaper writers.

Today, we have a different type of artist here in the parts of the remnant United States of America.  Today we have something known as a "brain artist."  Brain artists are very putrid and sickening people - they like to doodle using live human brains as if their living human beings can have their central nervous system shredded and tortured - for no other reason that the sheer joy they receive while butchering American Citizens - with the obvious "added bonus" of controlling the expensive office towers, and expensive office space, the large high-land park homes, the expensive cars being imported from the Pacific Rim Countries like China, and the banking system, the surveillance cameras, the phone taps - and the police officers who are largely "android" police officers.

Here is what the inside of my brain looked like and sounded like for the past month.  Don't get me wrong - I believe that the "Dallas Mayoral Race" is a spectacular abuse of power as these lying and blood-drenched butchers who are trafficking human beings like complete animals should be made to pay with their lives.  I see no reason why "Lynn McBee" or "Jason Villalba" (along with Mike Rawlings, Ron Kirk, Scott Griggs) cannot be incarcerated and charged with crimes against the population of the City of Dallas, and incarcerated or terminated for these crimes.

Unfortunately, when people are forced to watch these types of attacks happen inside their skulls while lying in bed - it become almost impossible for any living human being to do anything but contemplate suicide lay in bed and scream while waiting for another order from their master.  During the days of the Civil War in the old United States, many people in Southern Plantations in Virginia, Maryland, and North Carolina used whips to force slaves to do things like work the farms and work the fields.  Here in Dallas and other parts of the old country - such as Boston, Massachusetts (Cambrdige to be exact) and Dallas, Texas - whips are not used at all.  They are just simply not powerful enough.

Today, they use psychologically destructive means that involve chipping the eye sockets, ear drums, thyroids, and genitalia of the population of the United States.  Barking orders, making death threats regarding the family members of a victim, keeping people awake while lying in their beds, causing them to fall, trip and spill everything from a glass of milk to an expensive vase are all hobbies for the masters of slaves who work in these coveted office tower cubicles. 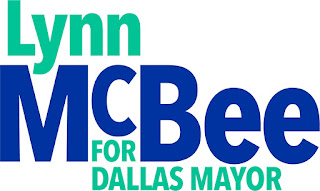 These are the kinds of psychological attacks that I have to listen to - when doing nothing more than riding a bus, eating dinner, or (attempting to) sleep in my bed.  These are war crimes.  These are war crimes that are conducted to prevent any political dissident from ever speaking up about something so abhorrent as the "Dallas Mayoral Race."  Abhorrent because there has never been a Democracy in Dallas, Texas since the day I moved here in 1982 at the age of seven years old.  The first time I ever was asked to vote, I was 9, and a soldier was standing next to me, ordering me inside of an elementary school, to "vote" for Reagan.  I was nine, and wrote my own name in.

There is no democracy in a city that is over run by psychologically abusive "office professionals" or are hypno-programming the population to serve them at Starbucks, McDonald's, Burger King - and the hundreds of thousands of franchise-chain stores that have bee constructed since the Barrack Hussein Obama Administration.  Thousands and thousands of chip-implant "surgery-slaves" are simply not capable of making an honest vote at a honest election.  The people who are running for Dallas Mayor are perfectly aware of the human-atrocity that is going on - and they do absolutely nothing about.

But when I am listening to such broadcasts while lying in my bed, I can do nothing but suffer.  It is very silencing on a human being to think about running around in the middle of the street yelling at stray passers by shouting that I have been tortured.  It would be a hopelessly humiliating experience.

How do you explain this with a Master who can send radio-controlled broadcast signals into your brain?   Here's how: You wait for him to allow you to type an e-mail that explains what it is like, and then send such an e-mail to everyone you know!

Send this web-link to everyone you know!  Hypno-Programming is often very graphic, and very violent.  Do you cover it up?  Don't cover it up, tell people about it.  Write a blog about it.  Don't be silent.  Do you lie for the Computer Operator Specialist that may be broadcasting his nefarious signals into your brain?  Do you like slavery because of the money they give you?  Do you fear slavery because you can be easily threatened by previous attacks they have levied on your life?
at March 25, 2019